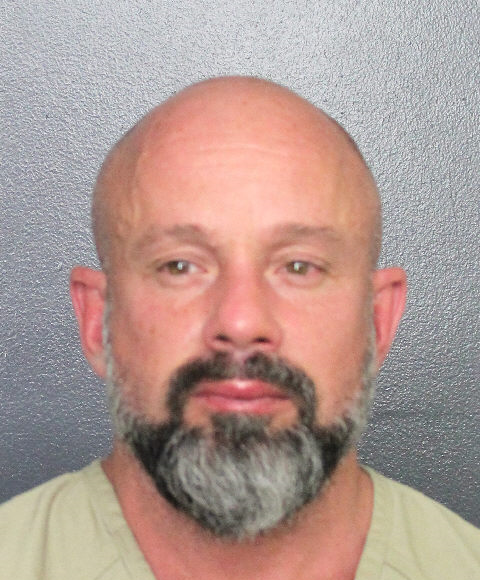 Detectives with the Broward Sheriff’s Office Traffic Homicide Unit arrested Eric Meyer in connection with a hit-and-run crash that left three people with serious bodily injuries.
At approximately 12:43 a.m. Wednesday, Nov. 17, BSO deputies and Broward Sheriff Fire Rescue responded to a hit-and-run crash at the 100 block of Southwest 10th Street in Deerfield Beach. Preliminary investigation revealed the driver and two passengers were traveling eastbound in a 2016 Toyota Camry on Southwest 10th Street. At the same time, Meyer was in a 2013 Jeep Wrangler also traveling eastbound when his vehicle struck the Toyota in a rear end type collision. Meyer then fled the scene following the crash.
The driver of the Toyota and her two passengers were transported to an area hospital to be treated for injuries that were considered to be life-threatening.
Through investigative methods, Meyer was identified as the hit-and-run driver and was later taken into custody. He was transported to BSO’s Main Jail and faces five counts of failure to stop/remain at the scene of a crash with serious bodily injuries, six counts of reckless driving causing serious bodily injuries and one count of tampering with or fabricating physical evidence.
The investigation continues.