Home City Of Deerfield Beach AS CITY PONDERS IS BSO A GOOD DEAL DEERFIELD BEACH GETS A... 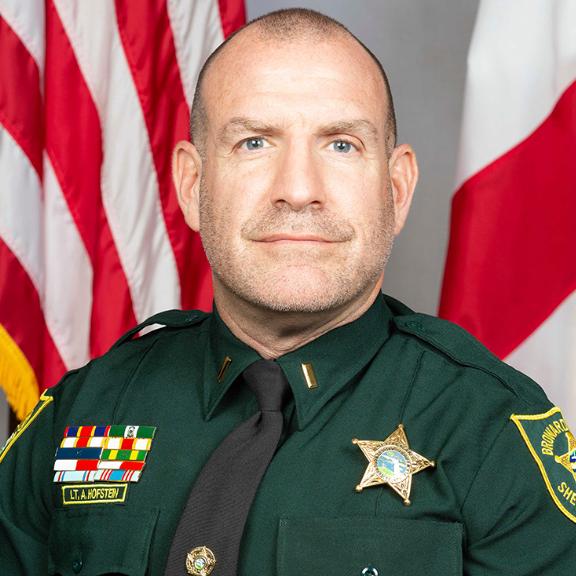 Deerfield Beach Gets New Police Captain
DEERFIELD BEACH, FL – The City of Deerfield Beach is happy to announce that former Broward Sheriff’s Office Executive Officer for the Deerfield Beach District, Adam Hofstein, has been selected as the City’s new police Captain.
Captain Adam Hofstein began his career with BSO in 1991, at the age of 20, as a Deputy Sheriff in the Department of Corrections. In 1996, he was selected for the Department of Law Enforcement as a law enforcement deputy with subsequent assignments in Dania Beach and Lauderdale Lakes districts. In addition to crime prevention and patrol assignments, he was also selected for special assignments as a street crimes detective and property crimes detective. In 1999, he was chosen as a person crimes detective for the Criminal Investigations Division, where he specialized in investigating child abuse, elderly abuse/exploitation, animal abuse, and domestic violence.
In 2002, he was promoted to sergeant and supervised patrol units in the City of Lauderdale Lakes. Shortly after that, he was asked to return to Criminal Investigations to manage Special Victims and Violent Crimes Units. From 2011, he supervised patrol units for the City of Deerfield Beach until 2015, when he was selected as the Executive Officer/Administrative Sergeant for the BSO Department of Administration. In 2017, he was promoted to Lieutenant and assigned to the agency’s Information Technology Division. Capt. Hofstein returned to Deerfield Beach in 2019, as he was tasked to serve as the Executive Officer until being selected as the Chief in August 2021.
In addition to graduating from both the Florida Atlantic University’s (FAU) Public Leadership Program and the FAU Executive Leadership Program, Capt. Hofstein has extensive training in law enforcement practices, criminal investigations, and information technology and has served as a professional trainer in these fields throughout his career. Capt. Hofstein is a strong proponent of community and intelligence-led policing and leveraging technology and community partnerships to enhance community safety and standards.
“I am very grateful for this opportunity, and I am honored to serve this community as your next Chief of Police. We have built such a strong foundation of trust, partnership, and safety, and I am proud of what this City represents. We truly embody the meaning of diversity, inclusivity, and respect for one another. I love serving the people who live and work in this City, and we will continue to bring residents the highest standards of public safety and community policing,” said Chief Hofstein.
Deerfield Beach Mayor Bill Ganz expressed his good wishes and added, “Adam is the right leader for the job. He is a highly respected professional, but beyond that, we have watched him help lead this district with dignity, respect, and integrity. Our community is fortunate to have him. I am looking forward to continuing our work together.”
Please join the City in congratulating Captain Hofstein, and let’s wish him safety, wisdom, and much success in his new role.
Public Affairs & Marketing
150 NE 2nd Avenue
Deerfield Beach, FL 33441