Home City Of Deerfield Beach WHILE DEERFIELD BEACH TRIES TO FIGURE OUT IF BSO IS A GOOD... 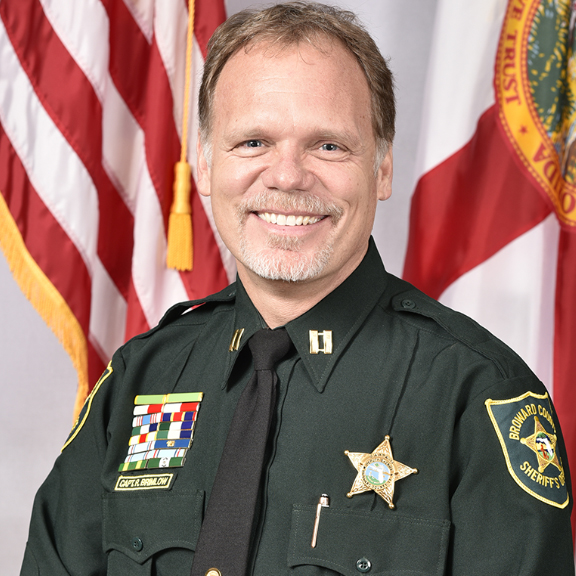 Deerfield-News. com-Deerfield Beach, Fl- As the city of Deerfield Beach contemplates staying with BSO or having its own police force again, Chief Brimlow is retiring.

As reported in the Sun-Sentinel one of our own city commissioners,Todd Drosky does not know if we are getting a good deal or not with BSO.

Again we ask if our city leaders the elected and non-elected city administrators and the city manager including Mayor Ganz and all of the commissioners do not know if BSO is a good deal vs our own police who does?

I had to read the Sun-sentinel story more than once as I was in disbelief Commissioner Drosky would say what he said. The questions this raises should concern every Deerfield Beach resident.

Deerfield-News.com has contacted both the Mayor and City spokesperson Rebecca Medina Stewart and as of this post, we have no response.

The City of Deerfield Beach would like to express its thanks and appreciation to BSO Police Captain for the Deerfield Beach District, Rodney Brimlow, who announced he will retire in late August 2021.
Captain Brimlow has become an integral part of the DFB family and has committed to establishing a relationship with the community based on respect and kindness. Captain Brimlow, who also happens to be a Catholic Deacon with Harvard University credentials, has accomplished great things in Deerfield Beach.
During the height of the pandemic, his team worked closely with the City Legislative Affairs team in organizing the bi-weekly food giveaways. He also helped to inform and educate the faith community about important crime trends and crime prevention during his participation in the Mayor’s Quarterly Faith Breakfast. He also implemented the Operational and Tactical Intelligence Center (OTIC) for Deerfield Beach, a model for the County that has been replicated in many other jurisdictions. The list of achievements for Captain Brimlow go on and his skill for organization and mentorship are unmatched.
“I cannot underscore just how much of an asset Captain Brimlow has been for this city. His favorite verse of the Bible is Micah 6:8, “He has told you what is good and what it is the LORD requires of you: to act with justice, to love with mercy, and to walk with humility before God.” This verse perfectly describes Captain Brimlow and how he leads. He is honestly one of the most compassionate and caring leaders I’ve ever had the privilege to work with. This is a huge loss for us, but I wish him incredible success and happiness in his retirement,” said Mayor Bill Ganz.
City Manager David Santucci said, “His contributions go well beyond that of a law enforcement professional. During his time with the City, both as an Executive Officer and District Captain, he has been a beacon for dignity, respect, and inclusiveness for this community. Although it is sad to see him go, he deserves this next chapter in his life and I wish him all the best in his future endeavors.”
Captain Brimlow could not say enough about ending his law enforcement career in Deerfield Beach.
“My time with Deerfield Beach has been one of the most rewarding of my 26 years with the Broward Sheriff’s Office. I love the community, and the city workers that I served alongside are genuinely some of the finest professionals I’ve worked with in my career. I could not be more proud of the men and women in law enforcement whom I have had the privilege to serve alongside. They are good people who love this community – I will definitely miss my team. I am so proud of them, and I genuinely believe in the good that law enforcement can do to transform and aid cities. But after so many years in law enforcement, it is time for me to chase different dreams and goals for myself and my family. I am looking forward to civilian life. Thank you, DFB!”
Captain Brimlow will be dearly missed by his colleagues and the Deerfield Beach community. But this City is better because of him, and we are grateful for his service. Please join the City of Deerfield Beach in wishing the Captain great health, peace, happiness, and much success in his retirement!