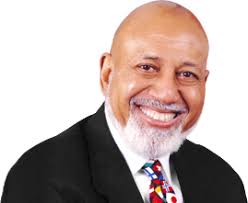 I had the pleasure to know Mr. Hastings. He was a longtime friend of my attorney Jay J. Simons, we first met in 1985 at an office party in Fort Lauderdale thrown by Simons, Simons, Tobin, and Goodman. When Mr. Hastings became a Congressman I had several occasions to seek his help in the battle used tire dealers were having with new tire manufacturers and the sale of American used tires. Mr. Hastings while not my Congressman, never hesitated to assist us in getting meetings with U.S trade officials.

RIP Mr. Hastings may your memory be a blessing.

Below is a statement from my Congressman Ted Deutch

I’m heartbroken at the passing of my dear friend,

I had the honor of working side by side with Alcee for more than a decade, seeing first-hand his passion and drive for standing up to injustice and fighting for our community.
Alcee devoted his career to advancing civil rights for all Americans and human rights around the world. His leadership on racial justice issues brought together everyone committed to a more just and equitable society.
Alcee was a leader in the South Florida community and did all he could to protect the vulnerable and those who knew he would champion their cause when others looked away. He understood the obstacles faced by immigrant communities and worked hard to support them. He knew the importance of bringing together the Black and Jewish communities to achieve shared goals. He was a staunch supporter of the US-Israel relationship and valued the important bilateral partnership. He was a voice for animals. And he stood with the Parkland community following the 2018 tragedy and tirelessly fought for tougher gun laws to protect our communities.
Alcee spoke up for the quiet voices that would otherwise go unheard. He never backed down from a fight for the people he represented and anyone else who needed defending.
Alcee was fierce and tough, but he was also so compassionate. You could find no better friend, no one more caring. Alcee Hastings was my dear friend, my political ally, and a mentor whose experience proved invaluable to so many of us in public service. May his memory be a blessing to his family, his friends, his c.ommunity, and every American who has benefited from the work of this public servant.
htps://www.sun-sentinel.com/…/fl-ne-alcee-hastings..