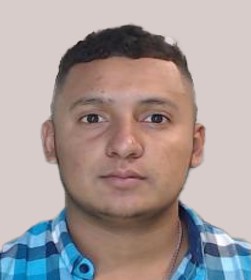 Description of Incident:
Broward Sheriff’s Office homicide detectives are releasing the name of the suspect wanted in a fatal Pompano Beach shooting that occurred in September. The suspect is identified as Oscar Roney Chirinos Mejia. Mejia faces a charge of first degree murder. There is a reward of up to $10,000 for information that leads to his arrest.
At around 7:17 p.m. on Sept. 12, Broward County Regional Communications received a call of a shooting in the area of 1952 N.E. 49th St. in Pompano Beach. Upon arrival, deputies found one adult male lying in the parking lot of a convenience store. He had sustained multiple gunshot wounds. Pompano Beach Fire Rescue transported him to Broward Health North where he was later pronounced deceased.
Detectives say Mejia may have been driving an older model green Hyundai Accent.
Anyone with information is asked to contact BSO Homicide Detective Samantha Cottam at 954-321-4544. If you wish to remain anonymous, contact Broward Crime Stoppers at 954-493-TIPS (8477) or online at browardcrimestoppers.org. Anonymous tips that lead to an arrest are eligible for a reward of up to $3,000 from Crime Stoppers. An additional reward of up to $7,000 is being offered by anonymous family and friends.