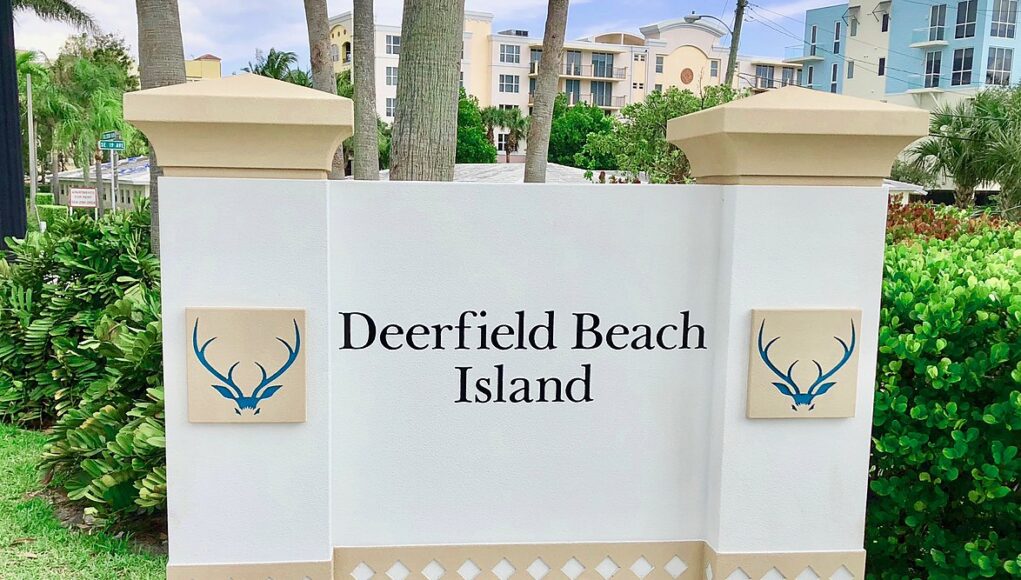 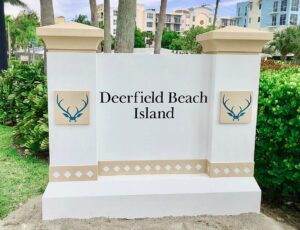 Deerfield-News.com-Deerfield Beach, Fl- Seems local businessman Buddy Castaldi Aka “BUDDY SPARROW” is an Anti-Semite and has come out as Mayor Ganz’s new henchman. Castaldi a Boca Raton actually unincorporated Palm Beach County resident with very close albeit “Quid Pro Quo” like ties to Deerfield Mayor Ganz. The facts are Castaldi who claims he has a Trademark on DBI used his friendship and probably more to ensure Mayor put up a Deerfield Beach Island sign at the cost of thousands to Deerfield Beach residents.

Buddy has called me out too saying I am not Jewish, I, in turn, had to let him know I am Jewish, but I believe he is a fake Christian based on his behavior and the breaking of many many of those same 613 commandments he accuses Mr.Herz of breaking.

Buddy, did you know the breaking of election laws by the Mayor your buddy can be criminal?

What is fake about my blog Buddy Castaldi AKA” Buddy Sparrow” the guy with a fake name?

You are the worst kind of Anti Semite there is saying you like Jews, yet attacking them personally for not following 613 commandments. Buddy Sparrow Castaldi or whatever your name is I assure you Mr. Herz and I would both have met Hitlers test for being Jewish we do not need your ok to be considered Jewish.

Buddy Sparrow, you are a serial a liar and profiteer hiding behind your fake names all to make a buck from Deerfield Beach. Stay in West Boca go suck up to the politicians there.

Buddy too freaking bad you do not like the fact I use my blog, to tell the truth about government officials, this is America. You are the cry baby having to defend your election law breaking mayor he is a big boy, big enough to break election laws by having Hudak play Santa Claus. He can defend himself. He does not need help from a self-serving West Boca Raton profiteer to come to rescue him,

The Mayor is a public servant and subject to criticism and redress from citizens, what the “f” is wrong with you Castaldi it is a First Amendment right. I do not like when people infringe on my constitutional rights especially those that believe they are more righteous than others. Tell Mayor he is much better served when he handles his own attacks or uses Chaz Stevens you are a lightweight with a small Facebook group and many enemies.

I will not infringe on whatever religion you wish to practice or not practice, but Mr.Castaldi do not ever question my First Amendment right to free speech.

When I printed the Deerfield Beach Island sign went up because you lobbied your buddy Mayor Ganz for the sign, it’s a fact! You were even stupid enough to comment “not my tax dollars”, yeah we who live in Deerfield are stupid not as intelligent as you West Boca folks.

Maybe you should do your business in West Boca where you live stay the hell out of Deerfield Beach. You and the election law violating Mayor Ganz both were stupid enough to post your pictures together immediately before the sign was put up on Facebook. What is the name of your closet business let me help promote it here for you on the Fake Blog, ” Buddy Sparrow.”

Here is Castaldi’s recent Facebook post challenging candidate Herz to defend himself from Castaldi’s nonsense. The funniest thing is Castaldi up to  5 minutes ago when I blocked him read this blog religiously. 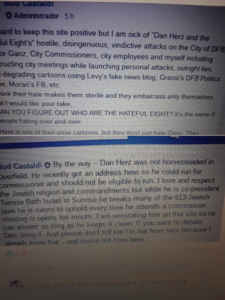