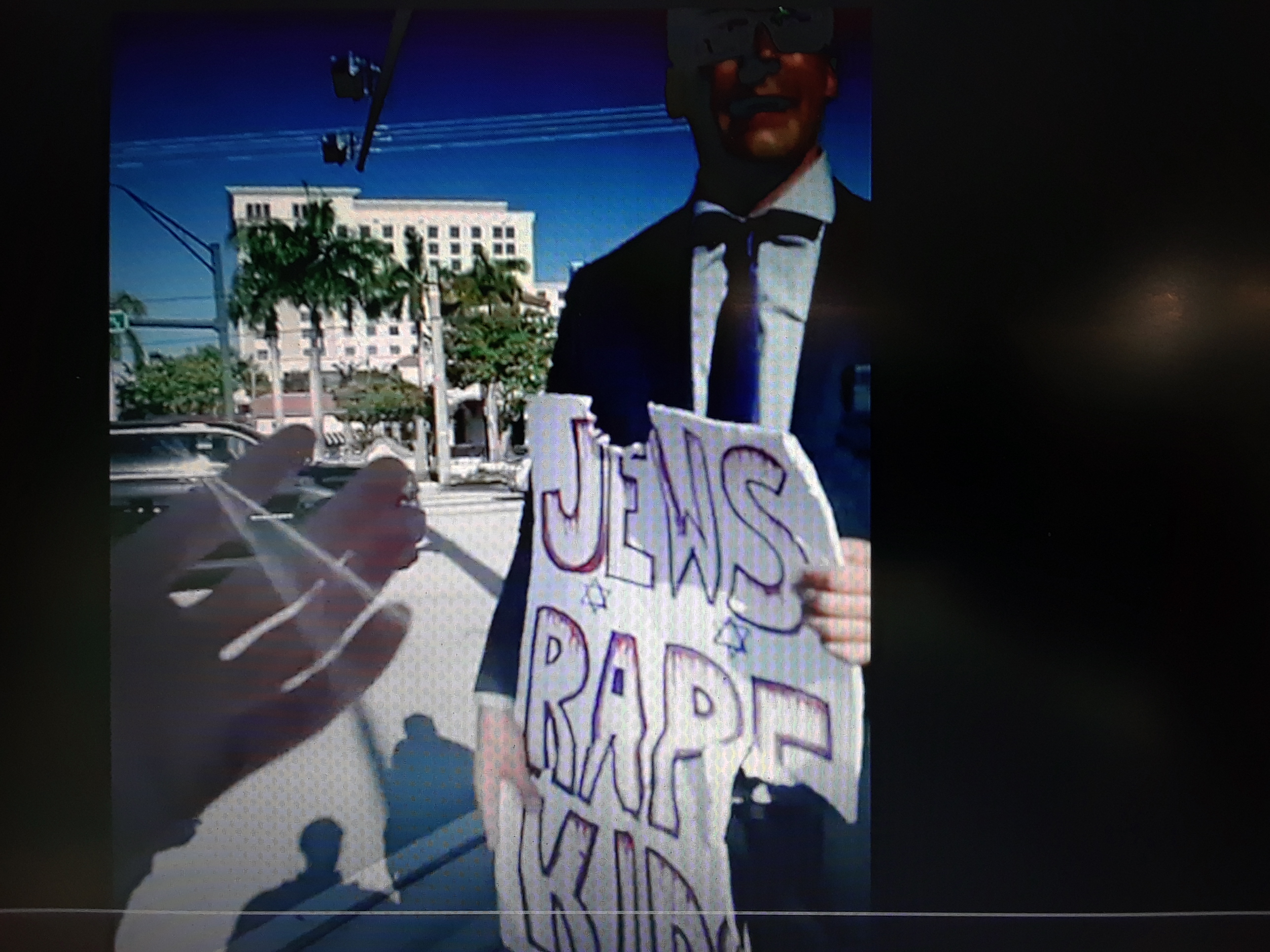 Deerfield-News.com-Deerfield Beach, Fl-Stemming from an incident August 13, 2018, on Palmetto Park Road and Dixie Highway, the people want to know why a Boca Police officer is fist bumping a nazi. A local resident can be seen grabbing the sign, he was arrested but released at the scene. Luis Carlos Reyes grabbed the sign from Patrick Little while someone was videoing. At the end of the video Little is seen fist bumping a Boca Raton Police officer which has many residents concerned and pissed off.