Home Politics Our Take-Trump Bump in Dump,President Lied He Must Tell The Truth For... 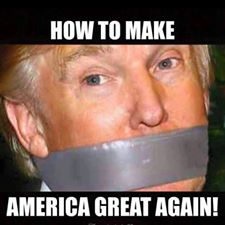 Deerrfield News.com-Deerfield Beach,Fl-Politics aside,President Trump has lied.He has said something that is now wasting valuable time and precioius resources.Senate and House republican leaders must call him out on this.The President for whatever reason has slandered President Obama and is now just wasting the time all of America’s agencies to investigate a fake tweet  he made.The FBI Director Comey testifed today that there is no evidence linking any wire tap to Presdent Obamas to wiretap then President elect trumps phones.

FBI investigation into Russian ties into interference with our elections by cyber war is another matter. Let the FBI conduct their investigation and go wherever the truth shall take them.President Trump won the election,It is the threat that Russia and Putin pose to the US that is key for the FBI to find out who, what, why and when they hacked US computers pertaining to the election.